The elders of the city have been called and the makeshift court is in session. A young man is dragged in. His language is foul. His eyes flash with anger as they fix on an old couple. His father and mother are watching their son as the charges are read and witnesses are called. The testimony of the witnesses is unambiguous.

Finally, the father is called. He stands facing his son, with anguish etched into his face. The silence of the court is broken only by the mother’s quiet sobbing. When the father speaks, his voice cuts the air.

“I can’t understand it. When he was a child we loved him so much. He never wanted for anything. I can remember taking him in my arms, teaching him to walk, watching the first faltering steps he took towards me. Oh, the pride I felt when we walked down the street with his tiny hand in mine. I was always there for him, always ready to catch him if he fell. You all know the love we gave him. We couldn’t have loved him more than we did.

“But it hasn’t been any good. It seemed that the more we loved him, the more he abused us. He has always been stubborn, always rebellious. He has never done what we wanted and he won’t obey us even now. It’s not as though we haven’t disciplined him—you all know that we have. God knows that we have done everything we could, but now he’s a drunkard and his life is out of control. He has made life hell for you and for us and we just can’t take it anymore. It can’t go on. We don’t want it to end this way, but it must.”

As the father faces his son, eyes full of love are met by hatred and scorn. The old man choked on his last few words. “I love you but it has to be this way.”

Judgement is passed and all that remains is to carry out the sentence. The men of the city drag the condemned son to the city wall. Each of them bends down, picks up a rock and hurls it at the young man. He is pelted until his body lies hidden and broken beneath the stones—a sign for all rebellious sons.

Many years later another court is in session, judging another young man. His name is Israel and he represents the chosen people of God. As he stands before the court, charges are read, witnesses are called and finally the father stands facing his son.

He is a holy God, intolerant of the claims of false gods. He sets himself against all who fail to acknowledge his uniqueness. He wages war against all who will not recognize, bow down, and worship him.

The whole courtroom waits, asking themselves, “What will happen here? How will a holy God treat his rebellious, idolatrous son?” Into the silence resounds the voice of the father.

“When Israel was young I loved him. I called my son out of Egypt. Yet the more I called him, the more he strayed from me. He went off and sacrificed to other gods—to the god Baal and to other images. He did this even though he was my son, even though it was me who had taught him to walk and taken him in my arms.

“He can’t seem to understand my care for him. I led him by cords of human kindness, with ties of love. I lifted my child to my cheek, I bent down to feed him. Yet, he continued to rebel. Even now, as the surrounding nations tear him to pieces, even while he is suffering the consequences of having left me, he still stubbornly turns from me. He is determined to cling to a god who cannot save.”

The rebellion is clear and the judgement obvious. No further witnesses are needed. The law of the rebellious son must be applied. All that remains is an inevitable punishment.

But the father dramatically halts the proceedings. The holy God silences the court and speaks again, not to the court this time, but to his son. He is overcome with emotion; his anguish is evident.

“How can I surrender you to judgement? How can I give you up? How can I annihilate you? How can I treat you like Sodom and Gomorrah and the surrounding cities when I obliterated them from the face of the earth?

“My heart burns within me. I cannot let it happen. You deserve it, but I will not permit it. I will not satisfy my anger!”

Then he turns to the court.

“Though my son deserves it I cannot permit it. This is my son! I love him! I will not become enraged, for I am God, the Holy One, the Lord of heaven and earth. I am not a mere man. I will not exercise the fierceness of my anger. I will not destroy Israel.”

This is Hosea’s message—God has loved his son as no other and, although he has been disappointed time after time, he will continue to love him. He is rightly angered, for his son has done far worse things than the rebellious son in Deuteronomy. But then Hosea records something great. As this holy God and father faces a son who deserves punishment he does what no human being can do—he decides to take all the suffering and hurt upon himself. In a struggle that takes place at the very depths of his being, God turns his anger into a new expression of love. The punishment of Israel takes place in himself as he contains his smouldering anger. Love triumphs over judgement.

A third courtroom is in session. There is no rebellious son this time and no rebellious Israel. There is only me. I stand before God the judge. Again, this is not just any god. This is the God who created me, the holy, just, jealous and intolerant God who opposes all who do not recognize that he alone has the right to be God. This is the God who demands my total dependence upon him.

I am exposed. The blazing heat and light of his holiness renders me naked before him. My sin is plain to see. My life has not been lived in the realization that he is God. I have been my own god. I have done things my own way, without his help or advice. In my words, actions and lifestyle I have considered him irrelevant.

Before this holy God, the truth must out. He is justly angry and I deserve the heat of his holy wrath. I deserve the terror of the situation which I have wasted my life trying to attain—the escape from his presence into the ravages of hell. All that remains is punishment.

Then the judgement comes. As he had through Hosea, now God speaks to me. Just as he loved Israel, now he will not vent his anger upon me. Just as he promised in Hosea, he takes in his own being the suffering and hurt that I deserve. He is truly God.

As I look around the courtroom, the scene becomes clearer. There in the darkness, almost outside of my perception, I see what should be a most unusual sight. A man hangs on a cross—God in the flesh, nailed to wood. And as all the heat of divine anger is burned on him, this holy incarnation cries out in what ought to be my voice—“My God, my God, why have you forsaken me?”

The core of God’s being is split. An eternal relationship is severed for the first time. The father turns away while his son, who has never known separation, dies the worst of deaths. A son hangs in the darkness without his father, alone, while life ebbs from his body.

In this single act, my sinfulness is both proclaimed and forgiven. On the one hand, my sin is declared to be totally unacceptable, so heinous that it could only be dealt with by God becoming a man in Jesus and by his suffering my punishment. I am in a situation so dreadful that it was only resolved by Jesus’ separation from God.

On the other hand, forgiveness is made possible. Here is the meaning of the temple curtain being ripped open. This curtain stood in front of the part of the temple where God’s presence resided, a constant sign that access to God was impossible and that forgiveness was not available. However, in the moment of the divine agony, at the very point when the core of God is being ripped open, that curtain is ripped open. There can be no mistaking the symbol: forgiveness is made possible, access to God is now available.

In Jesus, I see what Israel had been promised—God loving me in a way that no human could. God loving me so much that he lowers himself to become a human being, turning the reality and fierceness of his own anger upon himself. In the cross, God in the flesh dies in my place and endures abandonment by God instead of me. Only God could be holy like this and only God could love like this.

The end of rebellion

My judgement, in one sense, has already taken place. When I face God, as we all must, he will take me back to the courtroom set up on a Friday afternoon so long ago. There will be no hiding. As I face the cross it will clearly expose me, proclaiming the sinfulness of my sin and the inevitability of judgement. But it does greater than this—it proclaims the possibility of forgiveness.

What God will want to know from me and all human beings is this:

How then have you lived? What did you do with this judgement already proclaimed?

Did you accept God’s gift? Did you accept that in the flesh Jesus faced the consequences of your sin on your behalf? Did you, in word and action, demonstrate that you wanted Jesus to face God for you and bear the punishment for you?

Will you deal with the case on your own or will Jesus deal with it for you?

I know my answers. I want to know the real God. 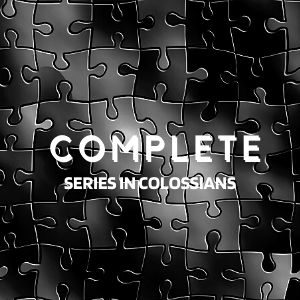 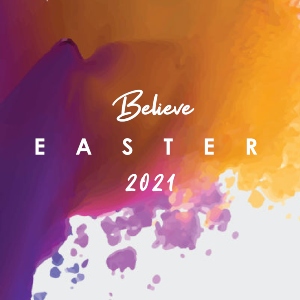 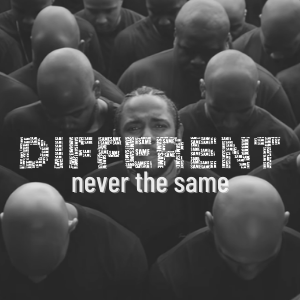